The scene does not use any direct lighting. Only light- and reflection probes to keep drawcalls at ~100.
To further save on drawcalls the whole Piranha swarm was rigged as one single entity.

The sea floor, where the ship of the bad guy is drilled into, uses the switch of a piece of geometry.

Lastly, the caustics are like in the "Mermaids" scenario, two additive projectors rotating in opposing directions. 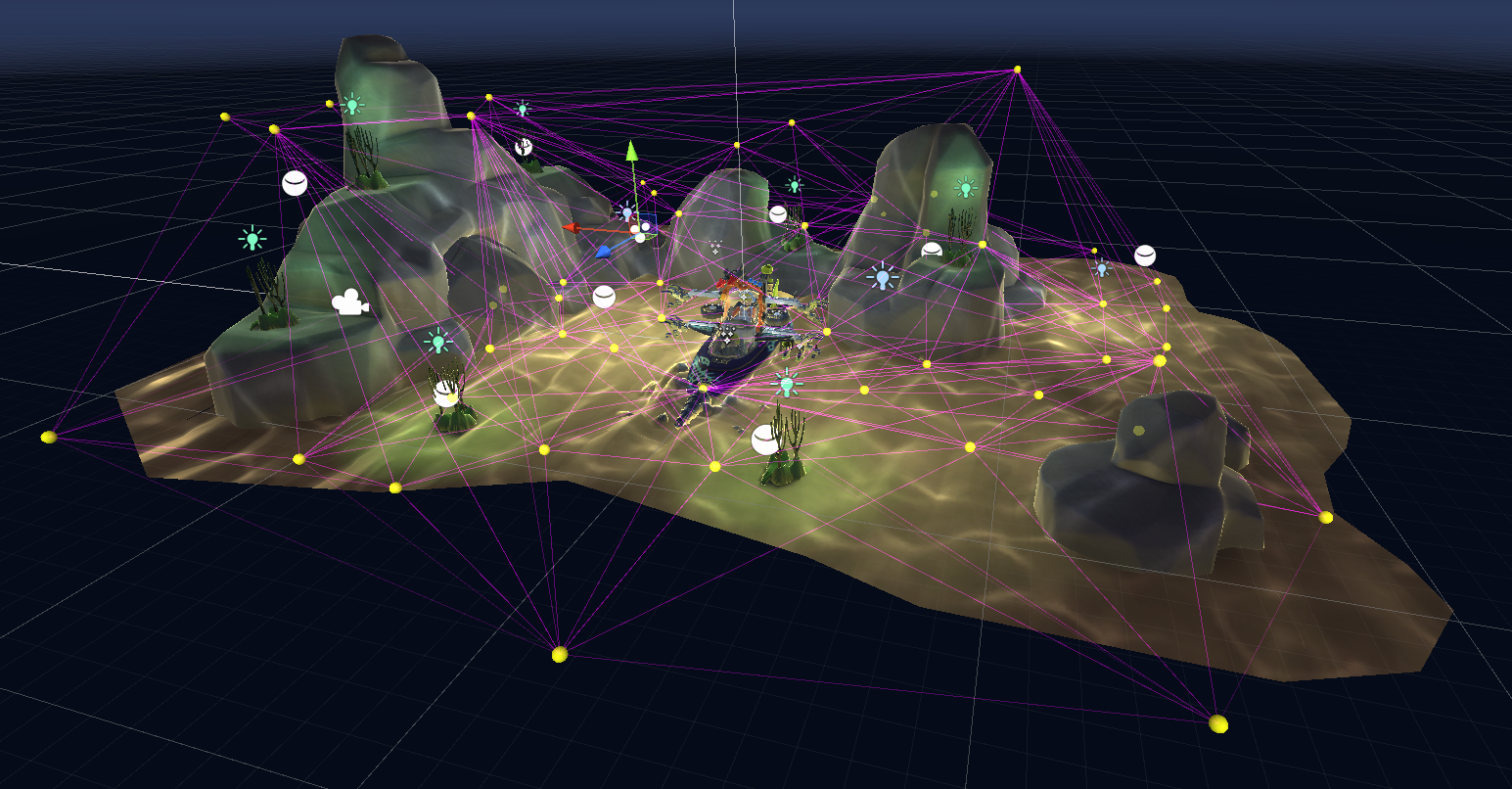 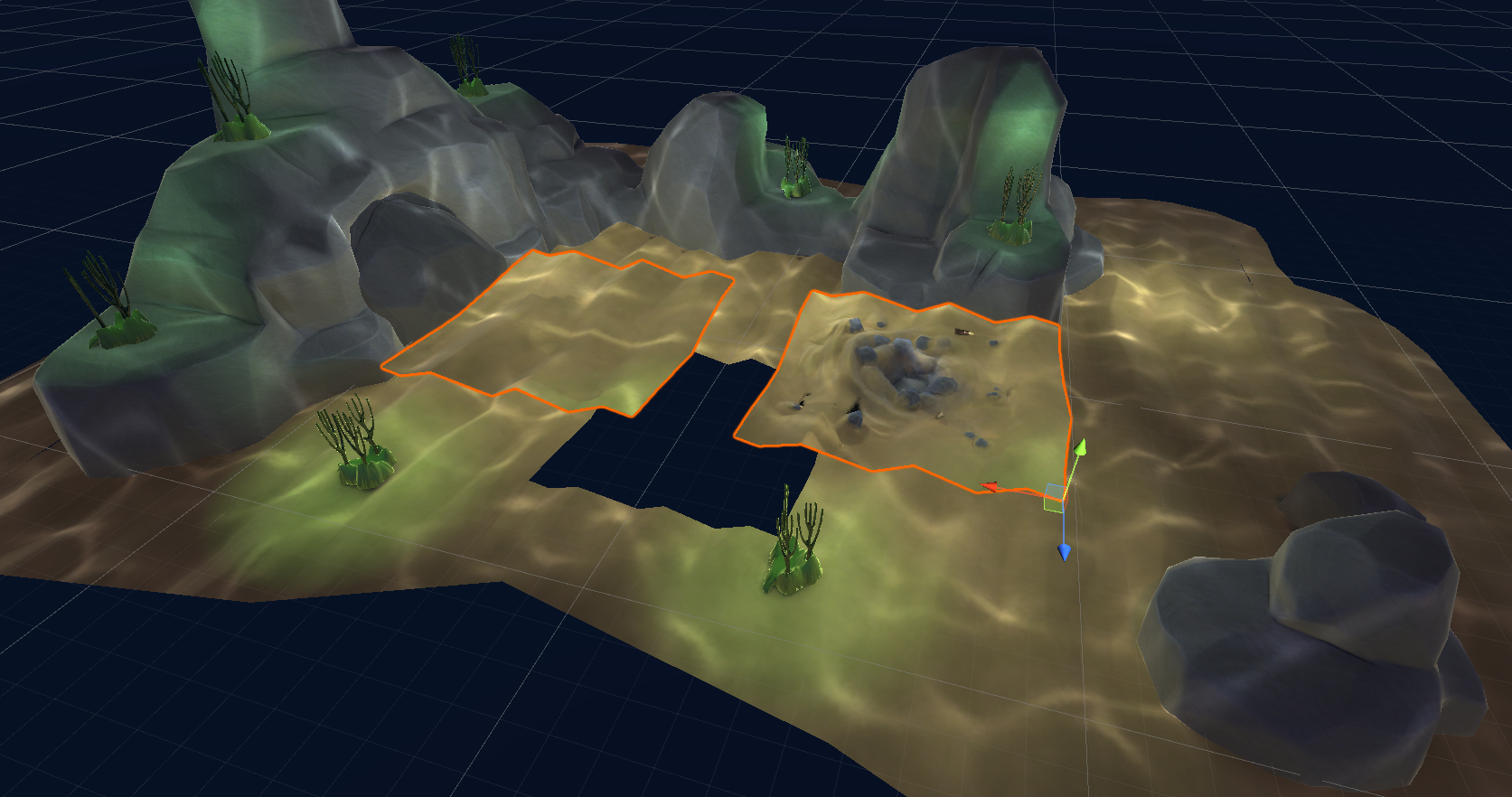 Here are the two main assets from the scene: The hero's scuba gear and Dr.Fisheye's underwater drill boat. Since this was one of the later scenes we started using PBR models if the scene allowed for it. The textures in these files are larger than the reduced sizes in the final app, though.

Turntable of the two submarine models with added wireframe overlay.
Rendered with high-res PBR textures and materials in Marmoset Toolbag 4